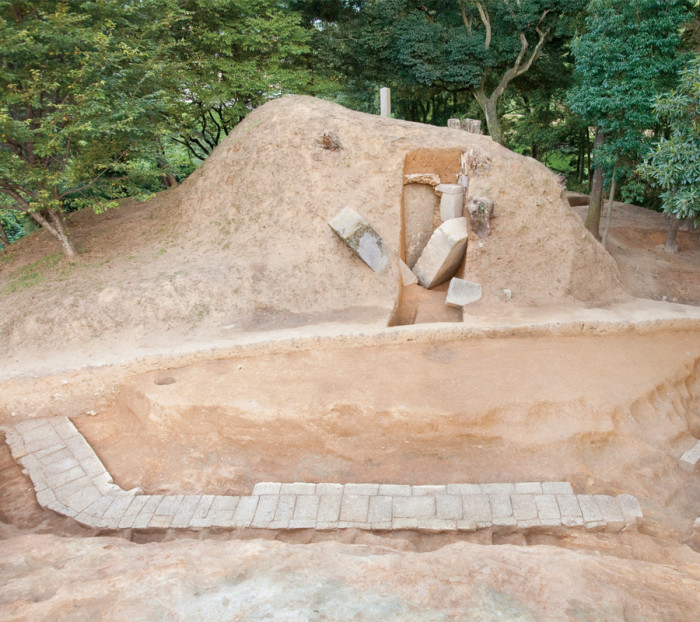 Most agree that the octagonal tumulus of Kengoshizuka Kofun is the actual burial site of Saimei and her daughter Princess Hashihito and that Koshitsuka-gomon Kofun houses the remains of Saimei’s granddaughter Princess Ota. 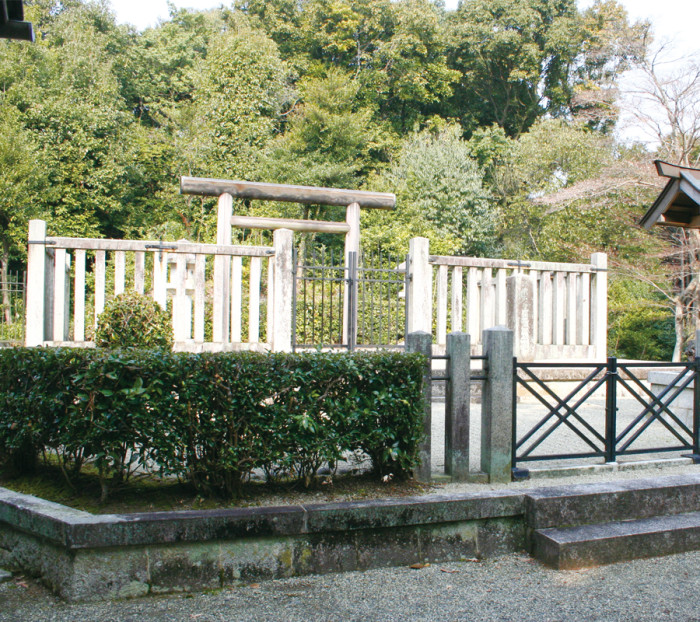 There are some who believe that this is where Saimei was buried, along with her daughter Princess Hashihito. The mausoleum is located on top of a hill up a flight of stone steps. Also believed to be buried nearby is Saimei’s granddaughter Princess Ota. 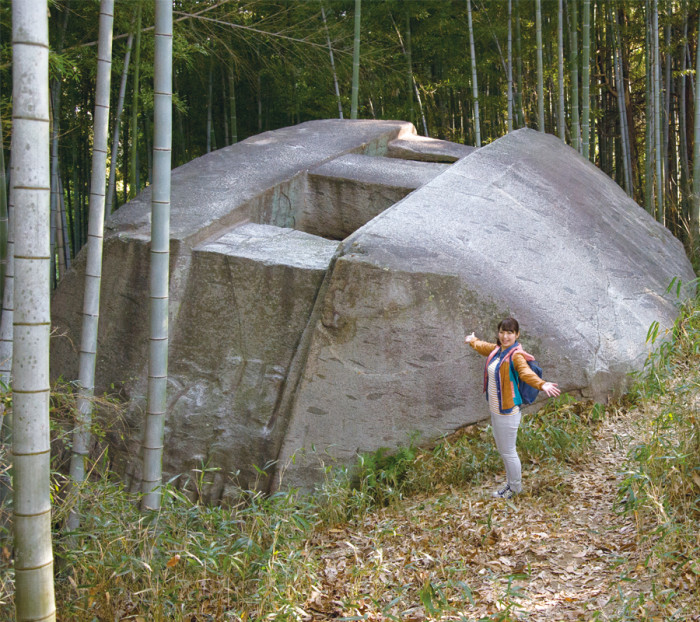 This mysterious giant granite stone is believed to be part of an unfinished stone chamber that was being built for Empress Saimei. It resembles the stone chamber in the Kengoshizuka tumulus. It measures a massive 11 meters wide, 8 meters long, and 4.7 meters high, and it is estimated to weigh fully 800 tons! 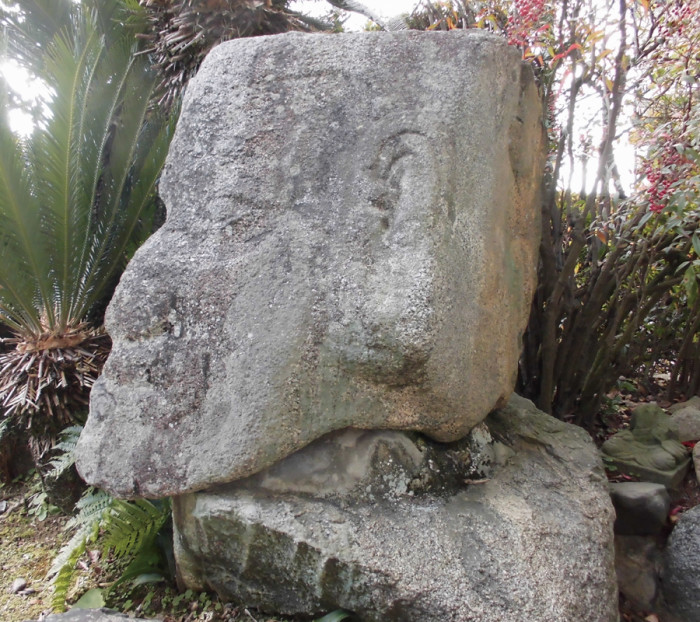 This stone stands in the front garden of Koeiji. Some say it was made as a banquet decoration. Others say it depicts an overseas dignitary who visited Empress Saimei’s palace. The large nose and ears and the protruding chin give this granite stone figure a unique charm. 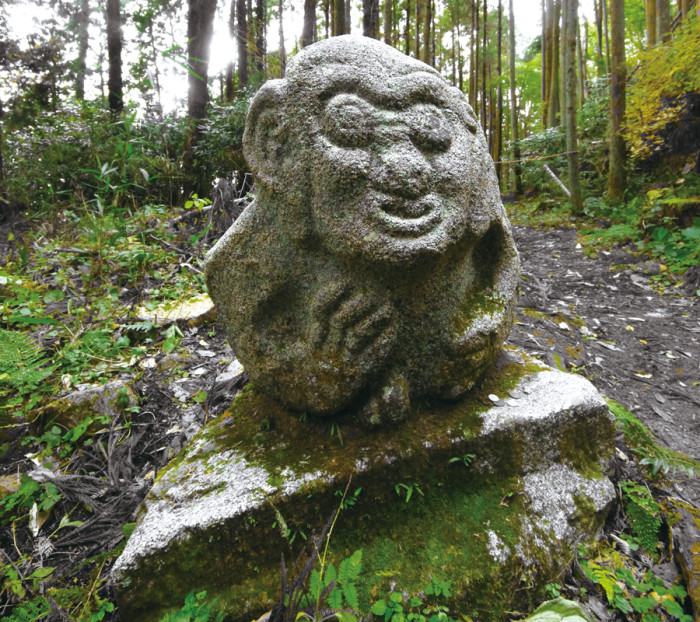 This stone is similar to those in Kibihime’s tomb, so it is believed to have been brought from there to use on the stone walls of Takatori Castle. 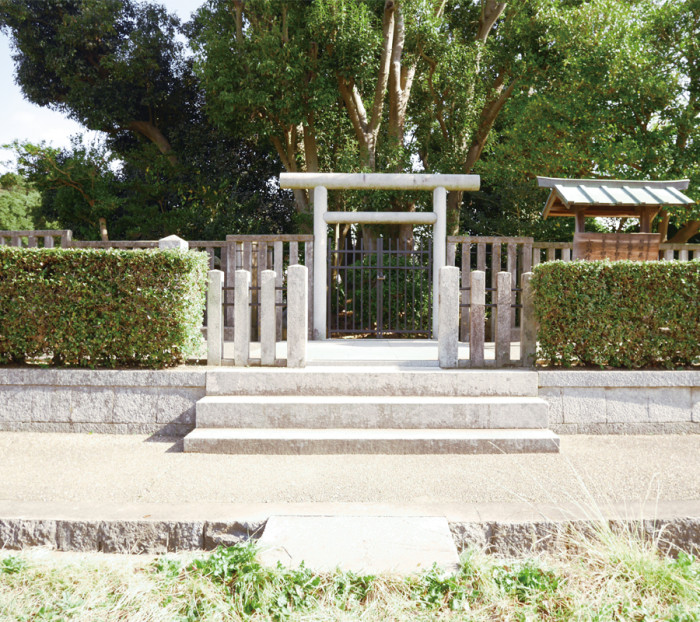 This is believed to be the tomb of Princess Kibihime, the mother of Empress Saimei. Kibihime was a granddaughter of Emperor Kinmei and the grandmother of Emperors Tenchi and Tenmu. 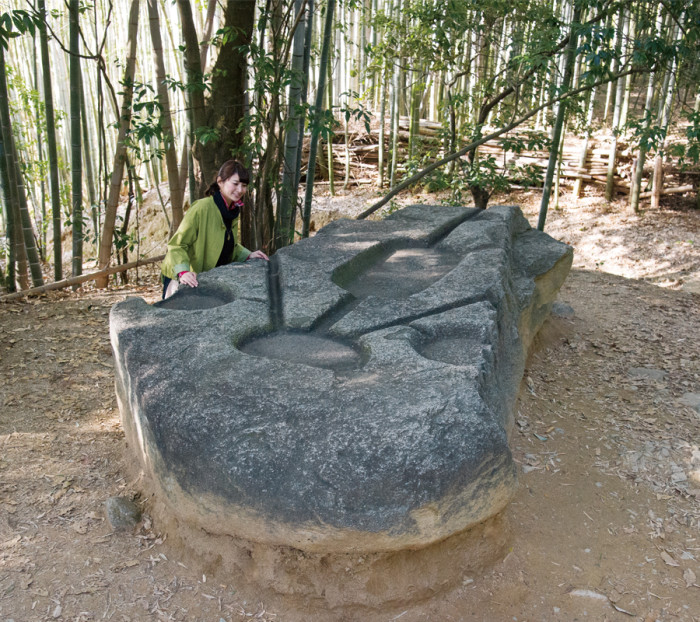 Empress Saimei is said to have performed fertility rites and other ceremonies here. Situated on top of a hill, Sakafune-ishi is a giant granite slab measuring 5.5 meters long, up to 2.3 meters wide, and 1 meter thick. Nearby, a short way down the hill, is the Tortoise-Shaped Stone Structure, which was apparently used to hold and release water.